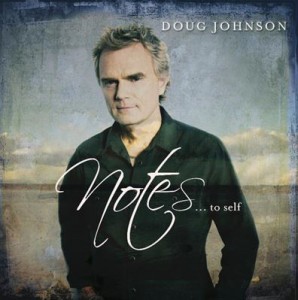 Loverboy keyboardist, Doug Johnson, steps out of the rock genre and into the “classical” domain with the release of “Notes to Self” – 10 original compositions in the small ensemble format in the tradition of Beethoven, Chopin, Debussy and Prokofiev.

“Notes to Self” is a collection of original compositions inspired by Beethoven, Chopin, Debussy and Prokofiev, among others.

Consists of four movements which, in the Vivaldi tradition of seasons, musically describes the changing character of Crescent Beach in Surrey, Canada as it evolves throughout the year. This is in the quintet format of piano, viola, violin, cello and flute.

Con Brio, the first movement, describes the storminess and strength of autumn.
Dolce describes the quietness and solace of winter.
Agitato comes to life in spring.
Maestoso, in it’s warmth and movement, rounds out the year with summer.

(piano solo) Describes the effects of birthday cake on two of my favourite little girls. Manic, hyperactive and ready-to-go!

(piano, violin, viola, cello) is a tribute to my favourite piano composer, Frederic Chopin. It is in the Nocturne style. It is dedicated to the bravery of the Polish citizens who mounted the “Uprising” during World War II.

Inspired by one of my nieces. She is beautiful, capricious and brave.

Waltz of the Grey Days

Captures the melancholy of the Pacific Northwest during the rainy seasons. Unrelenting grey skies and downpours create tension and a yearning for the sun to shine again.

Two Versions of a Visit

was inspired by my two very young grandsons. This could be described as two soundtracks of their “visit” to us. One is wary, uber-sensitive, and can become enraged at the slightest provocation. The younger strides in with a smile on his face and an eagerness to figure things out.

is my other niece and this is inspired by her tenacity and her single-minded determination to figure things out. This is a theme and variations and describes an approach to life that requires trying to look at the problem in many different ways.

Overall, this music is inspired by my physical and emotional connections to the places and people in my life.

To purchase on iTunes