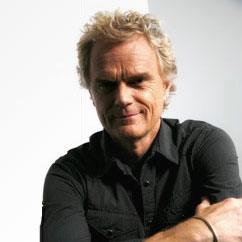 Doug spends equal time on the road as a founding member of the iconic 80’s rock band Loverboy, (providing keyboards, sax, vocals & Harmonica) and at his home studio in the Vancouver area of British Columbia.

Doug’s original compositions are heard around the world on TV  shows, radio stations, movies, and on the internet. He has written commission pieces for the City of Surrey’s Winter Olympics 2010 torch lighting ceremony and the BC Summer Games 2011/2012 opening ceremonies.

In November of 2020 Doug will be conferred the degree Doctor of Letters, honours causa, from the University of British Columbia.